Holyshit is a game for ten players, made during the ArtGame Weekend 4 in November 2013. 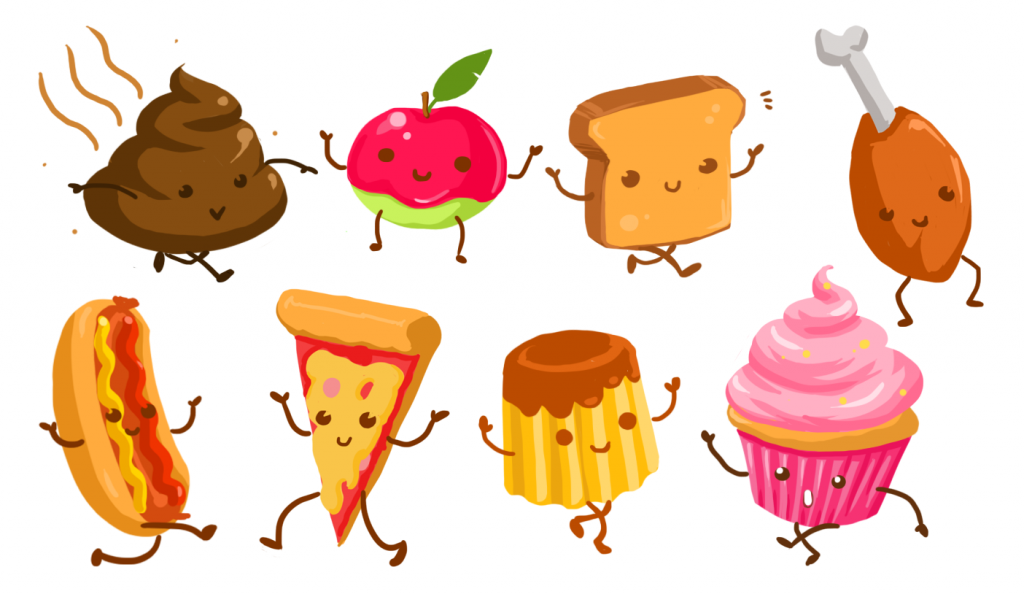 Ten mice are connected to a single computer. 9 players embody a food character, while the tenth plays a little poop trying to hug and contaminate the others. Rot each other, both on the screen and on the table until only one remains… fresh!

I mainly worked on concept arts and characters design, and then on texturing for the 3D models. I also participated to the sound design, by singing for our crazy soundtrack